Webinar | Panel | The New Antisemitism and the Contemporary Middle East 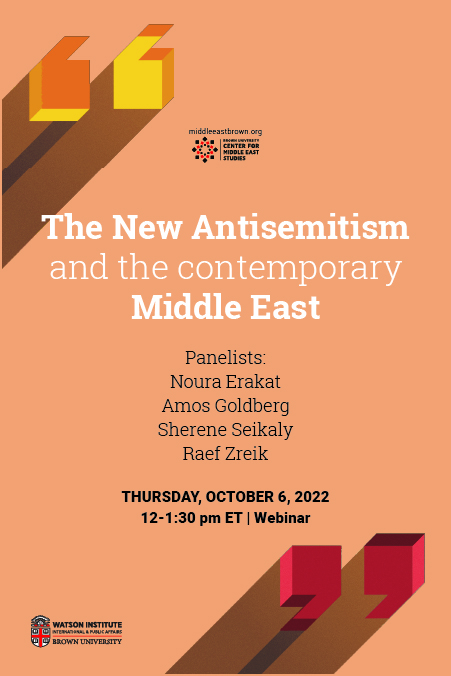 About The New Antisemitism and the Contemporary Middle East

This panel will address the role of the Israeli-Palestinian conflict in the ongoing challenge of defining antisemitism. Coined in 1870 in an age of accelerating racialized mass politics, the term and its ideology metastasized in the mid-20th century as the motivators of Nazi genocide. In the 2020s, the problem of antisemitism has again intensified, with flashpoints of debate, violence, and confusion especially evident in Europe, the Middle East, and the United States.  How are we to understand the so-called new antisemitism, as well as its alleged counter-discourse of anti-antisemitism? How is the scourge of antisemitism to be distinguished from its political uses? How are the realities of antisemitic violence to be distinguished from potentially tendentious accusations of antisemitism?

Noura Erakat, associate professor of Africana Studies and in the Program in Criminal Justice at Rutgers University, and non-resident fellow of the Religious Literacy Project at Harvard Divinity School.

Sherene Seikaly, associate professor of history at the University of California, Santa Barbara.