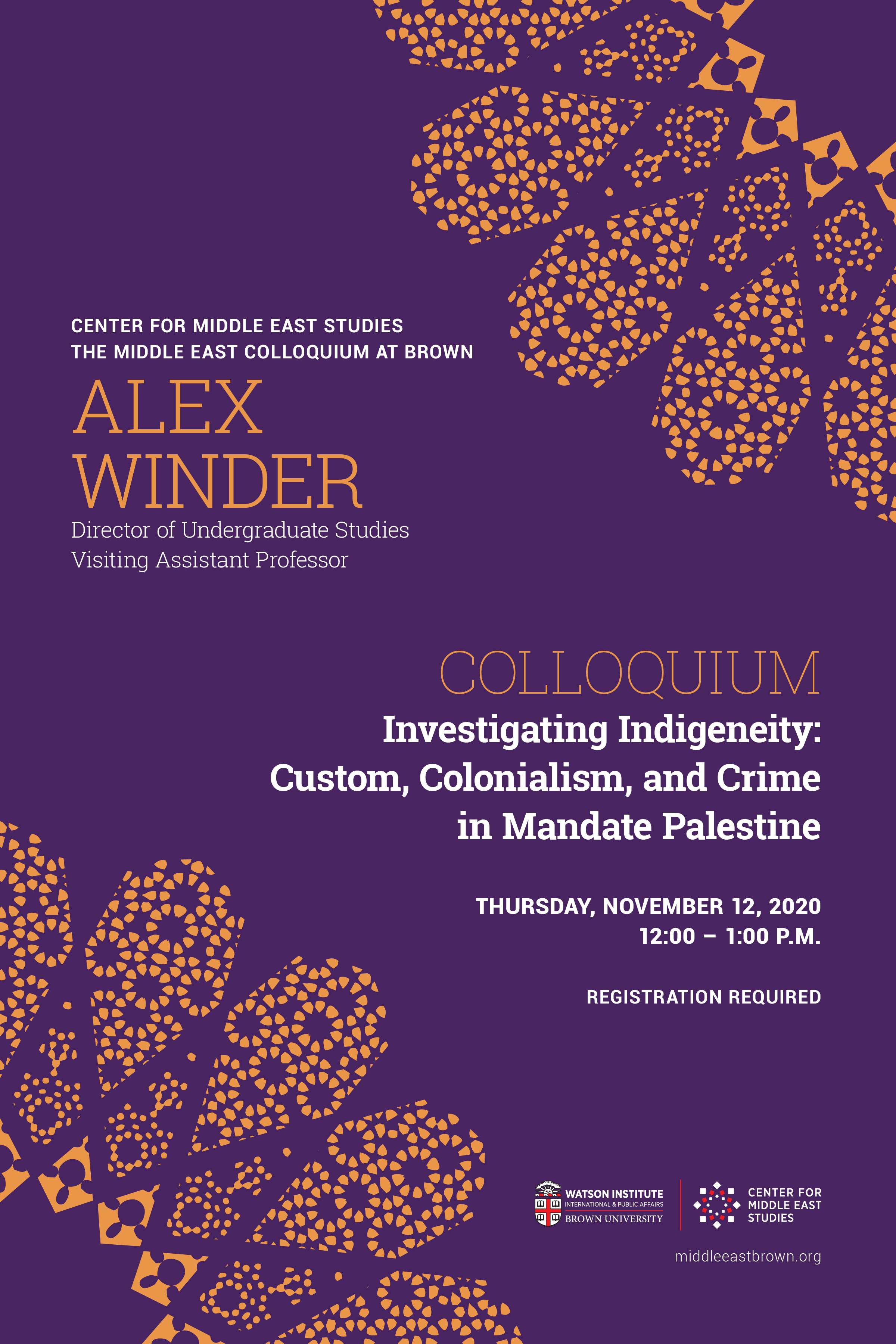 Under Britain’s post–World War I colonial administration of Palestine, claims about Palestinian “custom” asserted by multiple actors, British and Palestinian, shaped the criminal legal field. British officials saw certain offenses (especially rural feuding and so-called honor killings) as rooted in local tradition and therefore requiring distinct treatment, in keeping with broader claims of civilizational difference. At the same time, Palestinians also claimed that some actions that violated or preempted the Mandate’s criminal laws—extralegal punishment of those who violated local social norms, but also communal dispute resolution and mediated reconciliations between the families of offenders and victims—represented an alternative system of justice that should be recognized and respected by Mandate authorities. Given the increasing valence of indigeneity as a political and analytical framework for Palestinians and scholars of modern Palestine, this talk considers how the Mandate’s criminal legal system illuminates Palestinian indigeneity, in both relational and criterial terms: that is, both by facilitating settler-colonial dominance and by providing a forum in which particular characteristics and ways of being that defined pre-invasion or pre-colonial Palestinian society, specifically forms of what we might call “indigenous justice,” could be articulated. In doing so, it historicizes the (ongoing) relationship in Palestine between colonial definitions and manipulations of “native custom,” on the one hand, and attempts to elaborate and empower locally rooted practices and conceptions of justice, on the other.

Alex Winder is a visiting assistant professor and director of undergraduate studies at Brown University's Center for Middle East Studies. He is executive editor of the Jerusalem Quarterly, and edited and introduced Between Jaffa and Mount Hebron: The Diaries of Muhammad 'Abd al-Hadi al-Shrouf, 1943–1962, published in Arabic by the Institute for Palestine Studies. He has also contributed to a number of different journals, including AlMuntaqa, Biography, Journal of Palestine Studies, and Radical History Review, and online resources, including HAZİNE (hazine.info), palestinian journeys (paljourneys.org), and TahrirDocuments (tahrirdocuments.org).