Vivien Sansour – The Palestine Heirloom Seed Library | A Journey of Reclaiming Life in One of the World’s Centers of Diversity: Palestine 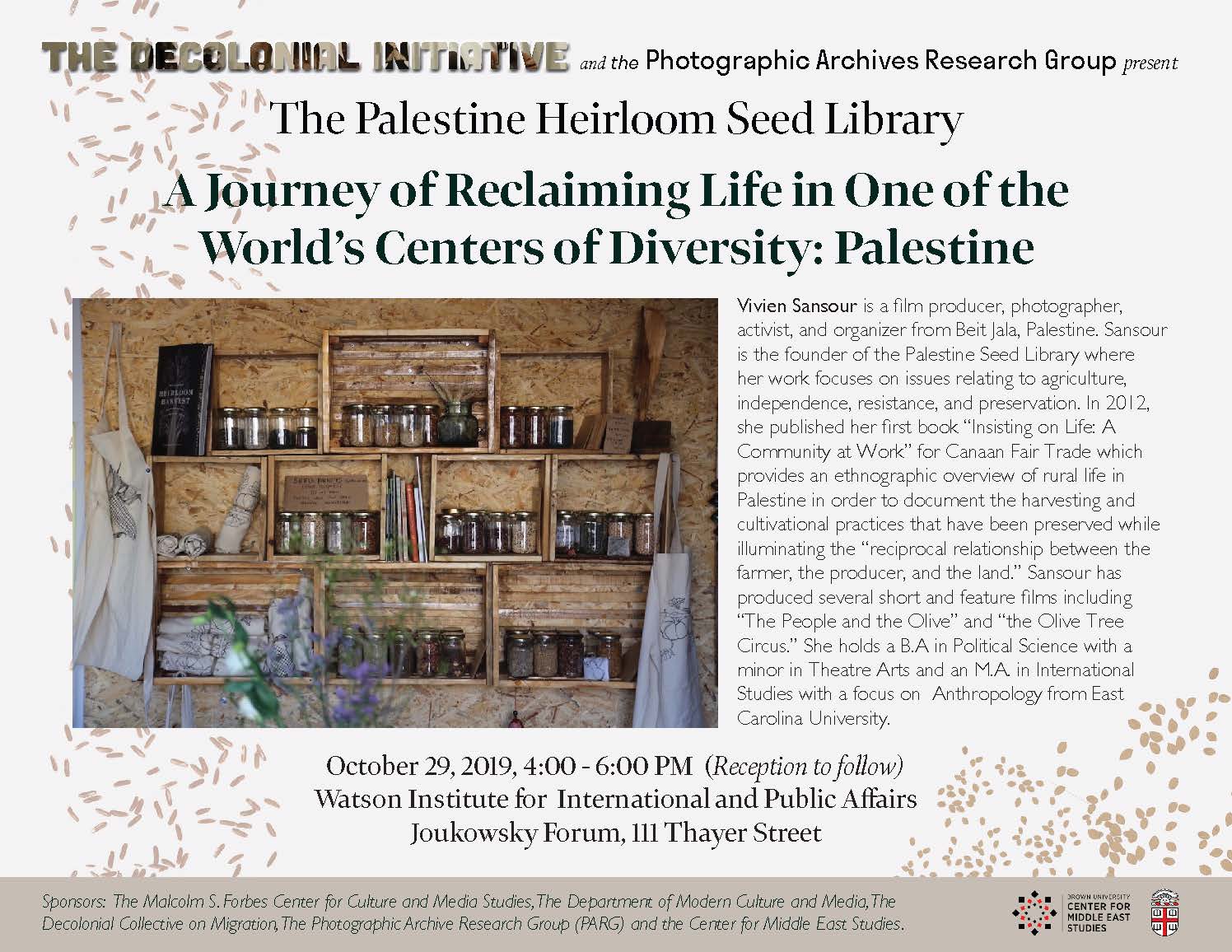 The Decolonial Initiative and the Photographic Archives Research Group present The Palestine Heirloom Seed Library "A Journey of Reclaiming Life in One of the World’s Centers of Diversity: Palestine"

Organized by the Decolonial Initiative and the Photographic Archive Research Group (PARG) at the Department of Modern Culture & Media. Cosponsored by the Malcolm S. Forbes Center for Culture and Media Studies, the Decolonial Collective on Migration, and the Center for Middle East Studies.

Vivien Sansour is a film producer, photographer, activist, and organizer from Beit Jala, Palestine. Sansour is the founder of the Palestine Seed Library where her work focuses on issues relating to agriculture, independence, resistance, and preservation. In 2012, she published her first book “Insisting on Life: A Community at Work” for Canaan Fair Trade which provides an ethnographic overview of rural life in Palestine in order to document the harvesting and cultivational practices that have been preserved while illuminating the “reciprocal relationship between the farmer, the producer, and the land.” Sansour has produced several short and feature films including “The People and the Olive” and “the Olive Tree Circus.” She holds a B.A in Political Science with a minor in Theatre Arts and an M.A. in International Studies with a focus on Anthropology from East Carolina University.