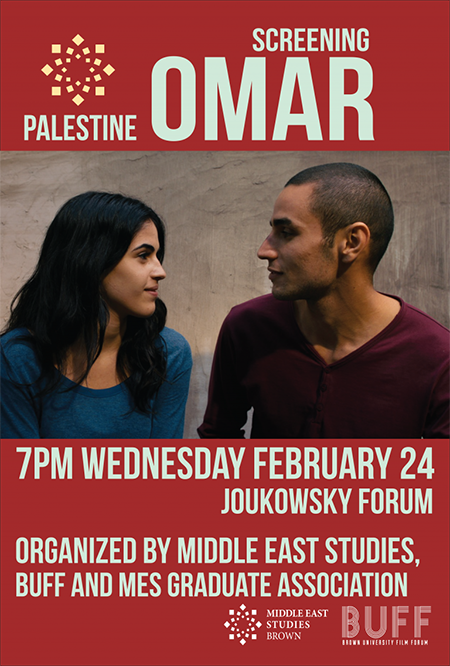 Organized by MESGSA and BUFF on behalf of Middle East Studies

Omar – This 2013 Palestinian drama tells the story of a young Palestinian freedom fighter, who agrees to work as an informant after he is tricked into an admission of guilt-by-association in the wake of an Israeli soldier’s killing. Within the film is a powerful love story between the main character, Omar, and his high school love, Nadia. The film successfully tells both an intense drama and an honest love story set in the backdrop of Palestinian politics.

Omar was nominated for the Best Foreign Language Film Oscar and won the Un Certain Regard Jury Prize at the Cannes Film Festival.