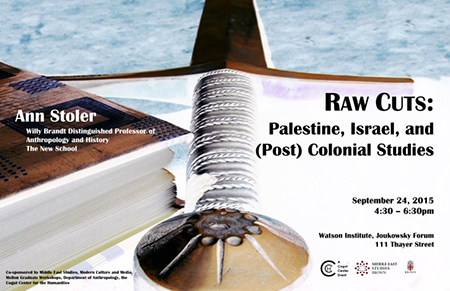 She is known in the field of colonial studies for her writings about the treatment of race in the works of French philosopher Michel Foucault. Stoler has worked on issues of colonial governance, racial epistemologies, and the sexual politics of empire. Her regional focus has been Southeast Asia. She was a visiting distinguished professor at the École des HautesÉtudes and at the École Normale Supérieure in Paris and is recipient of Fulbright, Guggenheim, National Endowment for the Humanities, National Science Foundation and Social Science Research Council fellowships.