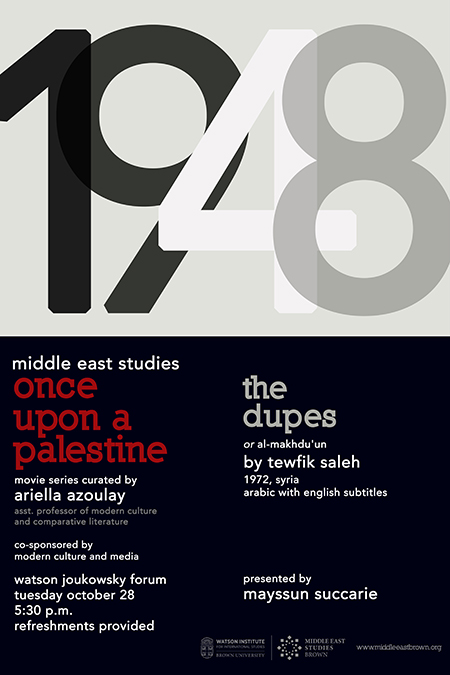 A screening of The Dupes (al-Makhdu'un), director: Tewfiq Saleh  (1972), Syria  (Arabic, English subtitles, 107 min). Based on Men in the Sun by Ghassan Kanafani. Presented by Mayssun Succarie.

This event is part of  "1948 - Once Upon a Palestine,"  a film series curated by  Ariella Azoulay, Assistant Professor of Comparative Literature and Modern Culture.

The movie is based on Ghassan Kanafani’s novel Men in the Sun (1963). Three Palestinians who were expelled from their homes in Palestine in 1948 are on their way from Iraq to Kuwait to find work. The border they have to cross illegally emblematizes Palestinians' fate since they were violently made “stateless” in 1948.