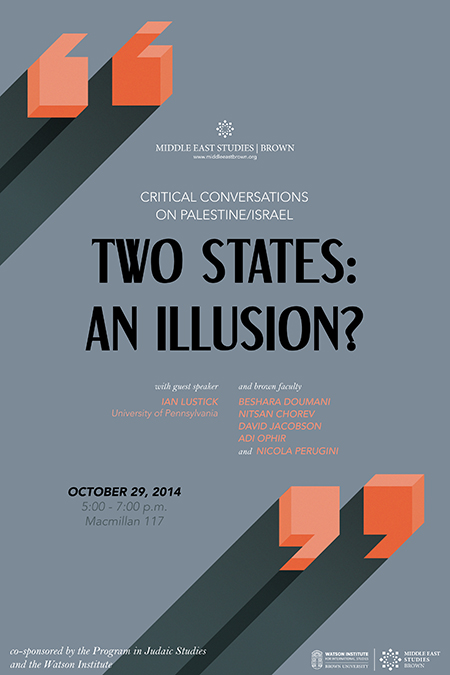 In the third of the Critical Conversations series, Ian Lustick, professor of political science and Bess W. Heyman Chair, University of Pennsylvania, will talk on two-state messianism. He will be joined by Brown faculty members Beshara Doumani, Nitsan Chorev, David Jacobson, Adi Ophir and Nicola Perugini.

Cosponsored by the Program in Judaic Studies and the Watson Institute.

Scroll down for a recording of the event.

As well as Ian Lustick's response to critics of the Times article, published in the Daily Beast on Oct. 2, 2013 :